In a world where water and earth teem with life, Serafay is an anomaly. The result of genetic experiments on her mother’s water-borne line Serafay will have to face the very people responsible to discover who she really is. But is she the only one?
All the Fun of YA written for Adults
Buy Now @ Amazon Kindle
Genre – Fantasy Romance
Rating – PG13 to R
Connect with Pavarti Tyler on Twitter & Facebook

GUEST POST
The Importance of Labeling
by Pavarti K Tyler
The Young Adult Revolution is underway!  There are so many books targeted to this demographic it gets hard to know which ones are worth reading.  It’s exciting though, when I was a teenager there was nothing like this available.  It was Roald Dahl or Lord of the Rings, there was no in-between.

The problem though is that no one seems to be monitoring what is labeled YA and what isn’t.  Thanks to the popularity of Twilight and The Hunger Games, more and more adults are choosing YA books than ever before.  Unfortunately the result of that is Authors are writing to appeal to the adults reading YA.

My daughter is nine and reads well above grade level.  When she wants a new book from the library or we’re in a bookstore the appropriate place for her to look is the YA section.  Most bookstores don’t have a Middle Grade section, although I think they should.  Her current favorites are The Red Pyramid and The Sisters Grimm.

I wish I could let her just browse and flip through books and loose herself in the glory of finding a new fantastic tome.  But I can’t.  I can’t because she’s just as likely to come upon some Vampire psudo-sex scene as she is to read Mr. Popper’s Penguins!

Especially in the Self-Publishing World, more and more authors are taking some serious liberties with the definition of YA.  Everyone certainly gets to have their own opinion but to me, if it’s YA there should be no explicit descriptions of genitalia.

This is why in the marketing of my new serial novel Two Moons of Sera, I have decided notto list it as a YA book.  The first part definitely reads like YA but I know what is coming and for me, its material more geared toward adults or teens who can handle adult themes, and therefore adult novels.  I’m not one to censor and would never say a teen shouldn’t read it, but I think it’s only fair for them to know what they’re getting into.

So the tagline I’ve adopted for 2MOSis “All the fun of YA written for Adults.” Hopefully that will entice readers more than just having it shelved next to Twilight. 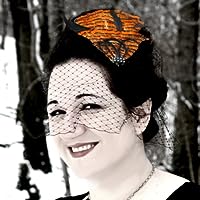 Pavarti K Tyler is an artist, wife, mother and number-cruncher who has been committed to causing trouble since her first moment on this Earth. Her eclectic career has flirted with Broadway, Teaching, Law Firms and the IRS.
Pavarti K Tyler’s novel Two Moons of Sera is a Fantasy/Romance and is being released in a serial format.  Her next novel Shadow on the Wall is scheduled for release early 2012. Shadow on the Wall is the saga of Recai Osman — businessman, philosopher, Muslim and . . . superhero.
Posted by Disincentive at 5:05 PM