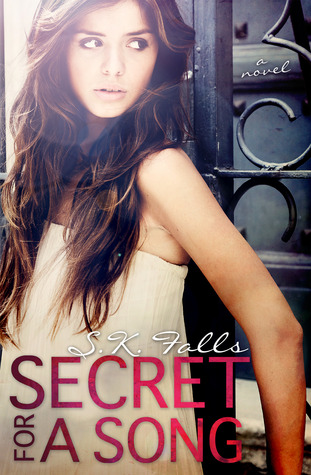 Saylor Grayson makes herself sick. Literally.
She ate her first needle when she was seven. Now, at nineteen, she’s been kicked out of college for poisoning herself with laxatives. The shrinks call it Munchausen Syndrome. All Saylor knows is that when she’s ill, her normally distant mother pays attention and the doctors and nurses make her feel special.
Then she meets Drew Dean, the leader of a local support group for those with terminal diseases. When he mistakes her for a new member, Saylor knows she should correct him. But she can’t bring herself to, not after she’s welcomed into a new circle of friends. Friends who, like Drew, all have illnesses ready to claim their independence or their lives
For the first time, Saylor finds out what it feels like to be in love, to have friends who genuinely care about her. But secrets have a way of revealing themselves. What will happen when Saylor’s is out? 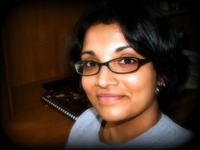 Adriana Ryan is the pen name of writer S.K. Falls.
A huge fan of spooky stuff and shoes, I enjoy alternately hitting up the outlet malls and historic graveyards in Charleston, SC where I live and imbibe coffee. My husband and two small children seem not to mind when I hastily scribble novel lines on stray limbs in the absence of notepads.
Since no writer’s biography is complete without mention of her menagerie of animals, you should know I have one dog that doubles as a footstool, a second that functions as a vacuum cleaner, and a cat that ensures I never forget that my hands are, first and foremost, for pouring cat food.

I love books about mental disorders, they fascinate me a lot (I know, it's kind of weird, but that's thinking of future psychologist... Or I just hope so.)

I picked up Secret for A song to review because I didn't know about MS a lot. What is this about?

Making yourself sick to get attention.

This book had my attention at the very first sentence. "I ate my first needle when I was seven" Sounds pretty... Intense, right?


Saylor, the main protagonist, is really likable character. She admits she is mentally sick, but she doesn't want to recover. She loves being sick because people care about her when she's in pain. No, she doesn't want to die and yes, she knows it's bad. It's amazing how she can say "I know I'm a liar, a cheater and I know I do it for attention". She's a strong heroine with perfectly developed personality.

As a part of her therapy, she gets to volunteer at hospital. She meets a group of young people who are dying and... She lies she's really sick too. She starts to hang out with them and... She can't tell them the truth.

She meets Drew, a musician with FA and she starts falling in love. But you can't lie forever...

I loved the psychology of things like family issues, tolerance, homosexuality, death, or simply helping sick people. It's easy to see that the author worked hard on this book and I really appreciate it.

Cover love: it's amazing and the girl is really pretty, but I imagined Saylor a little differently.
The ending: Okay, here's the best part. I didn't really expect something like this and I ended up with "what-to-do-with-my-life-now" feeling. It's amazing, but I won't spoiler - you just have to read it by yourself.

"Secret for a song" is one of the best books I've read so far in 2013. Now - listen to a song by Mercury Rev and go buy your copy!

Don't forget to leave a comment!
Posted by Disincentive at 8:44 PM