Jude Black lives in that in-between, twilight place teetering on death but clinging to life in order to bring her baby into this world. Only she knows the circumstances surrounding her mysterious fall off the bluff that landed her in the hospital being kept alive by medical intervention. Only she knows who the father of her baby is. In this poignantly crafted literary novel, the mystery unfolds and the suspense builds as the consequences of Jude’s decisions threaten to reveal everyone's deceptions, even her own. Bluff offers a sensitive look at essential questions such as the value of human life, the consciousness of those in a coma and the morality of terminating life support. At the core is the story of a tragically misunderstood woman who finds peace, acceptance, understanding and even love on her deathbed. 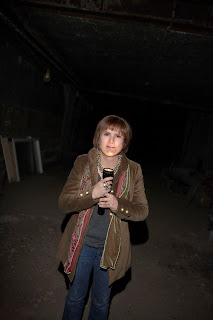 Lenore Skomal wants you to eat her books, especially her new novel, BLUFF, which you order here. She wants you to chew them in your teeth, savor them on your tongue, breathe them in, and feel her words in your skin. Her passionate desire is to touch your heart, inspire you, and luxuriate in the world of the written word. She finds ecstasy in constructing a perfect sentence and responds willingly to the nagging ache in her heart to create an authentic experience for the reader. She is an award-winning author with the single goal of resonating with others.   Winner of multiple awards for blogging, literature, biography and humor, her catalogue spans many genres. With 30 years of writing experience, over 17 books published, a daily blog and weekly column, the consistent themes in her work are the big issues of the human experience and adding depth and voice to the intricacies involved in living a multi-dimensional existence. She has won many Society of Professional Journalist awards, the Whidbey Island Writer's Conference honorable mention for best fiction, Writer's Digest 73rd Annual Fiction Contest, New York Public Library's Best Books for Teens 2003, and most recently, the 2012 Next Generation Indie Book Award for humor for “Burnt Toast.,” her first anthology of her award winning humor columns. From journalism, to literary fiction, to humor and biography, her writing is consistent, if not in genre, then in message.    As a member of the world community, she is excited by the opportunities presented in today's publishing climate having started her own publishing imprint in 2011 in order to release her anthologies and her upcoming debut novel, “BLUFF.” Check out her website at www.lenoreskomal.com.

Q: Where inspired the idea for this story?
My real life experience. As my other lay in her hospital bed in an end-of-life morphine coma, a physician walked in the door, holding a clipboard. In a loud voice, he asked, “I need to ask you a few questions about your mother’s wishes, when it comes to life support.” She was merely feet away from this man. I grabbed his arm, and whispered, “Can we do this out in the hallway.” He stared back and sniffed, “She can’t hear us.” I pushed him out of the door anyway.
In short, the kernel of the idea stems back to her death in 1990, when she died from complications after suffering from 4th stage multiple myeloma for seven months and egregious ravages to her physical body thanks to western medicine. I was dogged by the question, when she was in and out of consciousness: Where is her spirit?
The can of worms was opened, and the story was in the making. Over the next two decades, I allowed the story to unfold organically. It wasn’t until March of 2007, that I actually attended a writer’s retreat in a remote area of Washington state to actually formally start tying the novel together, allowing the characters to tell me who they were and from then on, writing daily to allow the plot to unfold. I finished the first draft on November 7, 2007 at 3:33 a.m.

Q: What was the research process for this novel?
Much of the story had to be vetted for authenticity. I had handpicked experts with whom I consulted about the development of the plot. A trauma physician, neurosurgeon, head of palliative care at a Catholic hospital, an OPO representative, and ICU nurse helped bring me up to speed on the culture and issues surrounding the medical portions of the book. None of them had ever had a case similar to Jude’s so they were forced to go into that unchartered territory of having a pregnant patient in a vegetative state. It made for lively discussions.
A family court judge and a lawyer as well as a detective of police vetted the legal aspects of Bluff, especially addressing the issues of guardianship and the issue of paternity in such a unique case. I spoke extensively with rape counselors and psychologists about the validity of the effects of rape on the victim, as well as the motives and mindset of a rapist. That was crucial in lending validity.
Finally, I interviewed a bioethicist and Catholic priest about the Church’s fine-line position on life after death and the continuance of life support. All in all, these experts, along with my own research, makes the novel much more credible.

Q: Were the characters based on real people? Who was your favorite?
To an extent, all characters we novelists conjure up are based on real people, or at the very least, aspects of certain people. That said, I knew Jude, first. In a way, I have always known Jude. Her morbid nature and morose look on life is part of my own nature many years ago. Much of her inner dialogue is real for me, and her relationship with her mother, an alcoholic, was drawn from my own experiences, of course in an exaggerated form.
Mary Shannon was modeled after, in part, after my mother’s primary care nurse on the oncology floor. She was a brusque, almost cold woman, with a level of proficiency that helped keep my mother comfortable throughout her stays, so much so, that in the end, my mother preferred to be in her ward because she felt safe there. Safer than when she was at home, quite frankly. I drew upon that and wanted to build a backstory for this character that would make her more likeable.
Paul started off as a configuration of several men, but when it came to writing the rape scene and explaining his motivations, I admit, it was the hardest portion of the writing for me. I wanted to make it believable, but harbored a growing hatred for this character that I had to really focus in order to write that scene.
Frances is actually my mother’s name, and in many ways, she exemplifies how my mother viewed herself, but in reality, she was more like Gay, an active and tormented alcoholic prone to unreasonable outbursts.
As far as my personal preference, I honestly don’t have a favorite because I truthfully don’t like any of them. That’s not to say I don’t have a codependent relationship with all of them, because I do. But that’s not healthy, is it?

Q: Did your religious upbringing affect this book?
Absolutely. I was raised Roman Catholic, capital R, capital C, hence why Frances and Jude are both Catholic: one devout, one fallen. The setting at the Catholic hospital was pivotal to the plot development and obviously, to the ending. While I no longer practice the faith, I am extremely driven by the exploration and understanding of spiritual, and even religious, issues. Because of that, I truly wanted to explore the idea of having my protagonist be in an altered state throughout the entire novel. Through this, she analyzes and makes peace with her life, the horrible and the selfish, and basically has her own cleansing before she dies. In a sense, the metaphor of death and rebirth is a main theme of this book—a theme crucial to Catholicism by the resurrection of Christ.

Q: The issue of lesbianism comes up in the book, since Jude is a closeted gay woman. Did you intend for this book to be part of the GLBT genre?
No, that’s not its intent because Jude isn’t a whole or fully developed depiction of a gay character. Her sexual preference was only revealed to me as I further developed the plot. She was not intended to be gay, just misunderstood. It was while I was fleshing out the details of her hidden pregnancy, that Jude spoke to me and basically said, “You know, I’m gay.” Which cracked me up because she was so good at hiding it, even me, the person who invented her, didn’t even know. I don’t want to say her sexual orientation was a footnote to her character—it wasn’t. But she viewed it as she did all the other factors of her life that shaped her. (For example, being a fatherless child, a daughter of an alcoholic and someone suffering from clinical depression.) Her sexual orientation was yet another thing to alienate rather than engender herself to society. For this very reason, I don’t view this novel as being pivotal to adult children of alcoholics, manic-depressives, fatherless children, Catholics, coma patients, rapists or those who cheat on their spouses.

Posted by Disincentive at 6:00 AM