[81] Her Unwelcome Inheritance - review and G!VEAWAY

A story about Faerie, going off to university, family tensions, supernatural stalkers, and what to do when people you respect reveal that they believe in something absurd and impossible.


MY REVIEW
5/5 stars
I simply love urban fantasy, thanks to books like this one.

Petra doesn’t believe in magic and faeries, but they seem to believe in her. She is a faerie. It’s pretty complicated when she just wanted to go to the college and be normal. Did I mention that we also have a stalker, roommate obsessed with faeries and a world depending on Petra’s decisions?

The book is pure magic. It’s like modern version of Alice in Wonderland with a touch of Narnia.

I was a little overwhelmed because of vocabulary  used and some descriptions. I often fell off the track but eventually I was sucked into the story again. I read half of the book as an ARC and the other half as finished kindle copy, so it made me a little confused too.

Her Unwelcome Inheritance is an extraordinary story I can recommend to every fantasy lover, or just someone who wants to believe in magic… Again.

One ebook copy (int) - and I'll do it differently than usually. One random commenter will get it.
So, common.
What do you think about it? :) 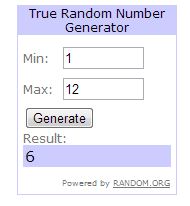