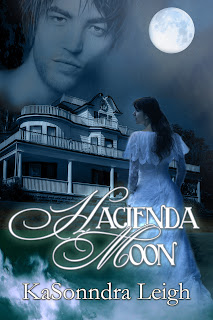 Love, obsession, and betrayal, the most powerful human emotions, are spun together in this gothic novel. Tandie Harrison is a police medium who has just suffered a divorce after losing both her psychic visions and her daughter in a car accident. When she leaves New York City to start a new life near her hometown, she moves into the alluring plantation house, Chelby Rose, and falls for its enigmatic caretaker, Eric Fontalvo. Their burgeoning affair ignites a century old curse, ensnaring them in a web of danger, deceit, and intrigue. Soon Tandie learns that in placid Bolivia, the worlds of the living and the dead are dangerously connected.

Hacienda Moon is a seductive tale of one woman’s journey to confront the demons of her past and find the courage to face her future. It is a mesmerizing novel that explores the deepest depths of human nature, and the characters will hold and haunt you long after you have read the final chapter.


Praise for When Copper Suns Fall

“The author's style was fluid and there were lovely passages and lines throughout that I simply loved. The pacing flowed so well I felt like I was on a boat ride, grabbing onto the railings at times when the waves got too rocky until I was able to settle back and begin the ride all over again.”—The Reader Girls Blog spot 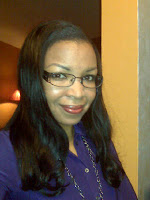 KaSonndra Leigh lives in the City of Alchemy, North Carolina. She recently completed her Master of Fine Arts in creative writing and is now looking forward to playing CLUE with her two sons more often. She lives in an L-shaped house with a garden dedicated to her grandmother and where she has also created a secret library complete with fairies, Venetian plastered walls, and a desk made out of clear blue glass.

Crowds, noise, loudspeakers, coffee smells: words that described Raleigh-Durham’s airport. There wasn’t much difference between New York’s JFK and North Carolina’s RDU. The noise and crowds were all the same in these places. An airport was still just another way of transporting someone from one life-changing situation to the next. And Tandie’s journey was about to begin again in a small town located about twenty minutes away from where she grew up.
Waiting at the conveyor carousel, she picked up her two bags and headed toward the rental-car section. With her head pounding from jet lag, Tandie took the keys from the woman behind the counter and mentally reviewed her driving route. Turning, she collided with a set of broad shoulders. Her handbag fell to the floor, scattering the contents.
Ready to offer a chunk of her tired mind, she opened her mouth to complain, but stopped right away. Her victim was a man. This wasn’t just any man, though. He stood just under six-feet-tall, and had gorgeous dark hair flopping over a ridiculously handsome face. Dressed in a dark-blue shirt and gray cargo pants, the man knelt down right away to help pick up Tandie’s things.
“I’m sorry, ma’am,” he said, collecting Tandie’s items, which included tampons and sanitary napkins of all things to drop.
Their eyes met and locked on one another. His hazel-green ones took in her features with one glance. Her stomach flipped as if she were a young girl flirting with a cute guy. And something hitched in her chest, teasing her with a vague memory.
His muscular frame made him seem as if he could crush Tandie’s dainty little bag with one good squeeze. His strong facial features, full lips, and dark olive skin made him look Hispanic.
Damn he’s sexy!
Tandie concentrated on returning her things to the bag. If she were quick, then maybe he wouldn’t see her embarrassing stuff. Too late. He’d already picked up her little green Always bag and placed it back in the satchel without even flinching.
Cringe and die, won’t you?
“I’m such an ox,” he said in a deep voice.
“You’re not the clumsy one. I should really watch where I’m going,” Tandie said, still too embarrassed to look at his face. She was aware of him staring at her, even though she couldn’t figure out why he was doing it. Tandie’s face flushed. Even her golden-brown skin must’ve turned crimson.
Standing up quickly, she stepped on the edge of her pants and stumbled backward. Her unintentional hero caught her with ease, steadying her body. What else would she add to her klutz list? She’d probably do something stupid like slip up and grab his crotch by accident next.
“Thanks. Again, I’m really sorry,” Tandie said and moved around him.
“Wait. Can I carry your bags for you? It’s the least I can do,” he said in a voice to match his looks.
“No. I’ll be fine, thanks,” Tandie said, walking toward the rental-car garage. Behind her, she felt him watching as she scurried away.

Thank you KaSonndra for inviting me to host your bitz ;)
What do you think about it? Are you adding it on TBR list?
xoxo,
disincentive

Posted by Disincentive at 5:57 PM