[130] Does the Protagonist Have to be Likeable? - Guest post by Kellie Larsen Murphy, author of A Guilty Mind 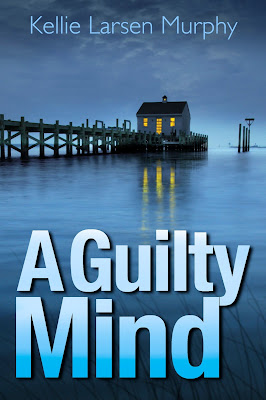 
A GUILTY MIND is the first in a series of psychological suspense novels featuring Detective Michael Cancini.

"I believe a man's worth cannot be defined solely by his goodness but also by his desire to battle that in him which is not good."
George Vandenberg is in the midst of that battle, a broken man with a volatile temper and haunted by the memory of the young woman he once loved and “accidentally” killed. Wrestling with the guilt and pushed by his psychiatrist to confess the circumstances of her death, he teeters on the edge of a nervous breakdown.
The past collides with the present when the doctor turns up dead, brutally stabbed to death in his office. Stunned and confused, George emerges as the primary suspect even as he becomes a target himself. To prove his innocence, George must face the police, his manipulative wife, and the past he’s been unable to forget. When the truth is finally divulged, no one, including George, is prepared for the collateral damage or the shocking identity of the killer. 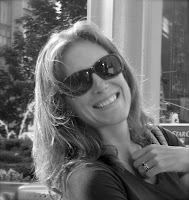 Kellie Larsen Murphy is a freelance writer who has been featured frequently in several mid-Atlantic magazines on a variety of subjects. Her debut novel, A GUILTY MIND, is the first in a series featuring Detective Michael Cancini. The second in the series, STAY OF EXECUTION, will be available in late 2013. Kellie lives in Richmond, Virginia, with her husband, four children, and two dogs. She would be happy to hear from readers through her website,www.kellielarsenmurphy.com.

GUEST POST
Does the Protagonist Have to be Likeable?

As a writer and a reader, I've been thinking quite a bit lately about the likeability of the protagonists in some of today's popular novels. First and foremost in my mind is Gillian Flynn's GONE GIRL.  I personally enjoyed the book and while I understand that not everyone liked the ending, I thought the actions of the protagonists were completely in character.  But were those protagonists likeable? That's subjective, of course, but I wonder if it matters.

J.K. Rowling's THE CASUAL VACANCY is the story of what happens when one man dies suddenly, creating a vacuum among his friends and family, and more importantly, leaving a critical vacancy on the town council. One by one the reader meets the inhabitants of the town and one by one the reader waits (in vain) for one of them to be the hero. Again, whether or not these characters are likeable is subjective but Rowling does an amazing job of making them seem real and true-to-life. As with Flynn's novel, the ending is not necessarily "happy" but somehow does set up the potential for something other than what has come before. Nothing is wrapped up in a bow but maybe that's the point.

Even some classics are centered on protagonists that are something other than likeable. Take THE GODFATHER for example. Don Corleone is the head of a crime family. His son, Michael, throws his altruistic values out the window to avenge his father. Sonny is a hothead. The novel is filled with murder, abuse, and infidelity all set against the backdrop of "family".  But it works oh so well! Why? Because with each and every one of those characters, Mario Puzo introduces a quality that readers can respond to, no matter how small. Using "family" as the backdrop, Puzo creates a world with a code the average person will never experience, but nevertheless, wants to inhabit, just for a brief moment, through written word.

As an author who writes psychological suspense, I was once told by an agent I respect that it was difficult to sell books without a protagonist the reader could identify with and root for. Although I understand the sentiment, I think the line between likeable and saleable has blurred. While I'm not suggesting that writers start churning out books filled with jerks and self-centered a**holes, I am saying that sometimes forcing likeability might impede the actual story. In GONE GIRL, Gillian Flynn plays with the readers emotions, drawing them in, creating a likeable character and one less so. Then she turns the whole thing on its head and well, short of giving away the story, let's just say likeable flies out the window.  Why does this work? Primarily because of strong characterization (nothing cardboard or cliché) and just plain good writing.
Hannibel Lecter is certainly one of the most compelling characters ever written but do we like him? I hope not. Jay Gatsby, too, is hardly a choirboy. So, do the protagonists of a novel have to be likeable? I say no - not exactly. What they do have to be, however, is real. Somewhere in the telling, the author needs to let us in and let us see how our protagonists came to be the way they are. We may not always need to "like" our protagonists, but we do need to understand them. Here's to great characters and great storytelling!

What do you thiink about it?
xoxo, disincentive

Posted by Disincentive at 6:00 AM

Email ThisBlogThis!Share to TwitterShare to FacebookShare to Pinterest
Labels: guest