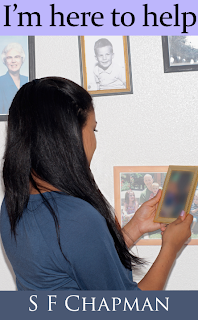 
Seventeen-year-old Renita discovers some subtle inconsistencies in her birth certificate that put her mother Sharon’s long held account that she was adopted into doubt. Sharon decides that it is finally time to tell Renita about both the laudable good deeds and the lamentable oversights that had led them to the current situation.Using a series of old framed photos that have hung for years in the living room, Sharon slowly reveals the complex set of events involving a star-crossed trip to Mexico, a very young stowaway Hispanic baby sitter named Juliana, the untimely death of Sharon’s husband, the unexpected pregnancy of Juliana, the eventual birth of Renita to Juliana and finally Juliana’s struggle with clinical depression that leads to her suicide.Through some sketchy paperwork filled at the county recorder’s office, Sharon was listed as Renita’s mom. 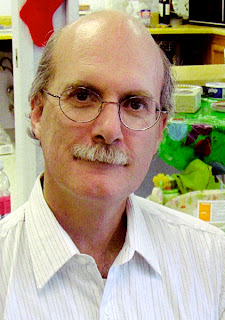 S F Chapman has done it all. He spent 4 years as a truck driver, 8 years as a scientific glass blower and 20 years as a building contractor. He’s a computer geek, handyman, music lover and relentless tinkerer.But it’s his newest venture he’s most excited about. In the next five years, Chapman plans to release 12 books. His first, I’m here to help, launches July 1, 2012.Born in Berkeley, Chapman is a California boy for life. He grew up in the northern part of the state, and has spent the last 53 years in the San Francisco Bay Area.He’s the third of twelve children, born to an endearing stay-at-home mother and traveling salesman father during the 1960s Space Race.While working on his liberal arts degree at Diablo Valley College, Chapman chose mostly classes in the English Department, focusing on science fiction literature, composition and short story writing. He generated nearly a dozen short stories in two years and considers that period to be the beginning of his writing career.Since 2009, he’s begun writing novel-length fiction tales, and has begun prepping for the launch of his own independent book publishing company. The six works so far are the post-apocalyptic soft science fiction MAC Series consisting of Floyd 5.136, Xea in the Library and Beyond the Habitable Limit; the science fiction detective story entitled The Ripple in Space-Time, the literary novella I’m here to help and the general fiction tale of death and destruction called On the Back of the Beast. He is currently alternating between two entirely different writing projects; the first is a rough and tumble literary novel about homelessness called The Missive In The Margins and the second is a science fiction detective squeal to The Ripple in Space-Time dubbed Torn From On High.He and his wife are the proud parents of an 18-year-old son and 16-year-old daughter. They currently live in Concord.

That phrase popped into my head many years ago during a brief lull while I was typing out my first novel. I uttered the words a few times trying to decide why they had come to me.

It was a warm morning in July and I was stuck partway through a subchapter and it didn’t seem that I would get unstuck anytime soon.

More as a distraction than anything else, I toyed with the phrase to see where it might lead.

Writers are definitely crazy. Being a writer, was I suspect as well?

Maybe I should consider this notion in an abstract classical psychology context.

I’ve always had a swirling, ever-changing and very detailed alternate universe buzzing around in my head; the National Institute of Health calls that sort of thing delusional with a dash of hallucinations for good measure: a strange sounding recipe that means wacko.

I thought about the tricks that I’ve used when I write dialog.

“Hello Mr. Smith, how are you today?” wondered the little girl.

To knock those two lines out, I briefly become a well-attired four year old lass bedecked in a lovely white Sunday dress and then a dapper but approachable seventy-eight year old gent.

How would they sound?

I could hear their particular voices; the old man’s is warm and throaty but not quite hoarse, perhaps the result of smoking a pipe for many years; the little girl chirps in high clear tones like a sparrow might early on a spring morning.

Occasionally several people will chatter away in my head like quarrelsome chipmunks offering opinions and suggestions while I write, especially if I’m working on a frightening disaster or maybe a vexing murder.

“Intermittently becoming someone else is often referred to as Multiple Personality Disorder,” reminds the National Institute of Health.

“Auditory hallucinations can be a major component of schizophrenia,” chimes in Wikipedia.

Yikes! It seems that I’m well on my way to Bedlam.

Long ago in the 1970’s when I went to college, a wave of experimentalism left over from the previous decade was sweeping though the curriculum.

I took a composition class in the English Department called Short Story Writing. As a way to produce believable characters in our novice attempts at fiction, the instructor encouraged us to role-play different parts.

We would slide all of the classroom furniture to the side and huddle together on the floor while she called out progressively more difficult personas.

“Old women!” she’d shout and twenty-three reluctant students would hobble around like their grandmothers.

“Babies!” We rolled around on the floor crying and generally complaining about diaper rash.

“Cats!” The more adventurous staked invisible birds and mice while the more timid merely cleaned themselves or stared vacantly into space.

“Cabbage!” Nearly everyone stood in consternation while a few imaginative drama students slowly popped out of the fertile brown earth and produced wide green leaves under the warm California sun.

Later we would write a few paragraphs about what it was like to truly be an elderly woman or a hungry feline or a garden vegetable.

Nearly everyone who wrote well in that class reported that they saw the world for a time as a helpless newborn or a sharply focused tabby.

To craft good characters, you must become your characters: actually hearing their voices and feeling their aches and pains. To successfully convey the fantastic lands that have never existed, you must first dwell there for a time: climbing the mountains on the moon or swimming through clouds that shroud distant worlds. To write fiction, you must be able to imagine.

Perhaps I am crazy after all...

My review
5/5 stars
How much can one document change?
Renita knows she was adopted, so why is it stated otherwise on her birth certificate?

I’m here to help is a short book which contains a lot of topics. I was surprised how many of them author could put in those pages – illegal emigration, teen pregnancy, clinical depression, death, suicide… I know some books which tried to do the same thing, but in the end, they didn’t develop any of the topics properly.

S F Chapman did it perfectly though. The thing that pleased me the most is how the author presented characters in his work, especially the mother of Renita. As introduced to us in a very misterious way (in fact we never get to know her name), she is one of the most interesting people mentioned in the book. I loved how the story was connected with  the photos on the shelf, how everything surprised me… And how I cried.
I don’t cry over books. I used to do it when I was a child and I read books that were way too mature for me that time.

I’m here to help changed it. I cried like a baby. This book is full of feelings and it’s certainly extraodrinary! I’d love to read some other works from this author.

What do you think? Is it the book you'd like to read?
xoxo,
disincentive

PS: Winners for indie giveaway were already emailed. I wait next 24 hours for all of them to reply me, then they will be announced.

My school year ends in 9 days so I'm really busy - my schedule is full anyway :)

Posted by Disincentive at 9:51 PM