A penetrating look inside of one of California's most dangerous prisons.B.J, a drug dealer serving time, struggling to hold on to truth and his faith in God, takes the reader on a never before seen, inside look at a California level 4 prison. The inner dynamics between prison guards, gang investigators and the Warden are on display along with the political climate between races with a war brewing between the Mexicans and Blacks. A piercing account of the process for gang validation into solitary confinement at Pelican Bay's SHU through the eyes of inmates struggling to survive gang wars, in prison drug debts, prison politics, rules and regulations, and ultimately power and control, while desperately trying to find a path for redemption along the way.

If you spent years In prison, what would you do? Glenn wrote a book and it was surely a good choice.
This short story is better from prison fiction, because it’s real. While I was reading I asked myself – who is really leading in prisons? Does prison change you? That’s what it is about.
I found some little editor mistakes, like a dot missing, but author already told me he’ll change t, so it doesn’t matter.
Are you tired of cute stories about love in prison and people suddenly changing from killers to lambs? Read it. It is a little hard to follow, and it’s not an easy-read. Why  doesn’t it have good ratings on Goodreads?  It’s not a perfect holiday book. It is something completly different, something more difficult. (Ratings on Amazon are kind of opposite. Don’t ask me why)
I want to let you know that it’s not only a good story, it’s a story written by a good person.

Glenn Langohr draws from his own experiences as an inmate in his new books, Roll Call and A California Pelican Bay Prison Story Series, and drops readers into the story behind the story of the ongoing L.A Jail prisoner abuse scandal. 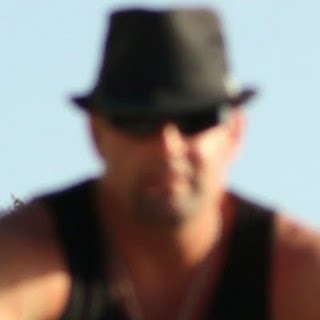 Glenn Langohr-Portrayed as B.J in Roll Call
"Those without sin cast the first stone" A released Pelican Bay prisoner in Roll Call has some drug dealing dirt on a D.A's kid...

In one of Glenn Langohr's new books, Roll Call, a drug war novel, Roll Call which penetrates from an insider’s view, the life inside L.A. county jails, where deputies use excessive force and even bigger problems in California's state prisons where guards can create hazard pay in which they are paid time and a half for instigating riots.
In Glenn Langohr's other new book, A California Pelican Bay Prison Story, Langohr illustrates life incarcerated in solitary confinement and questions the gang validation process with an insider’s view of the interaction between the warden, gang Investigator and counselor.
Glenn Langohr's books are available on Amazon.
"A harrowing-down-and-dirty depiction of the U.S. War on Drugs, sometimes reminiscent of Solderburgh's movie Traffic, by former dealer, California artist Langohr. Locked up for a decade on drug charges and immersed in both philosophical tomes and modern pulp thrillers, Langohr penned Roll Call. A vivid, clamorous account of the war on drugs.”
-Kirkus Discoveries, Nielson Business Media
Glenn Langohr started lockdownpublishing.com to help other inmates turn their lives around through writing and art. Langohr utilizes art work from ex-prisoners for his book covers. Langohr's vision is to illuminate the public to some of the flaws within the criminal justice and prison system. He says, "We forgot about redemption."
Interviews and copies for review available upon request.
Glenn’s Facebook for friends-  http://www.facebook.com/glennlangohrcalifornia
Glenn’s Facebook Book page   http://www.facebook.com/lockdownpublishingdotcom

GIVEAWAY
Now time for the giveaway! But it's kind of different one. All of you are the winners! Yes :) Glenn offered to give everyone who leaves their email a copy of Race Riot for FREE!. All emails are deleted at the end of the giveaway. Race Riot costs $3.44 on Kindle.

a Rafflecopter giveaway
Posted by Disincentive at 8:07 PM