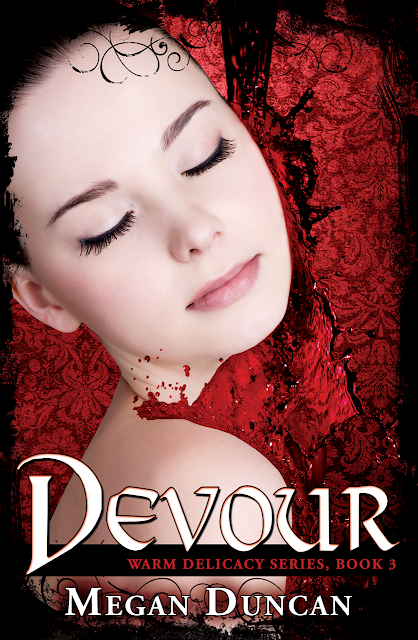 You never know how strong you are until something makes you choose between humanity, and the beast.
As Claire descended deep into the ancient tomb; laying to rest the bodies of the fallen, she wondered if time healed all wounds, would an eternity be long enough? Still recovering from a brutal attack that nearly killed her, she refused to let evil win. Pain and destruction glared at her everywhere she went. Nothing and no one would ever be safe until Baal was not only defeated, but destroyed. Fueled by her thirst for revenge, she traveled with her father to the ‘old world’, seeking the aide of a long forgotten ally. Will their quest for help lead to their salvation, or is it only the first step in their annihilation? 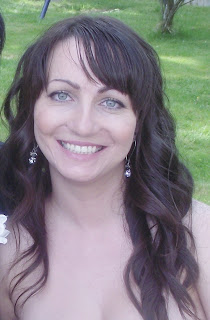 Megan Duncan is a YA Author, professional nerd, oddity enthusiast and paranormal junkie. She is continually fighting her addiction to chocolate, and living in her overactive imagination.

LISTEN TO THE PLAYLIST!

Claire
The day that Claire was chosen to join the vampire royal family feels like a lifetime ago. Since then, she’s discovered secrets she never knew existed and had to fight for her life multiple times. With more than one enemy hunting her down, she doesn’t know where to turn, but her desire to fight for those she loves overshadows any fears she might have.
Still recovering after the brutal assault of her greatest enemy, Claire knows there is only one way to win, but will everyone agree to it? All she wants is the blood shed to be over, and get the chance to live the life she’s always wanted. She’s finally found her family, has the greatest friends any princess could ask for, and believes she’s falling in love for the first time; but will all of that be ripped away when her worst nightmares come to life? 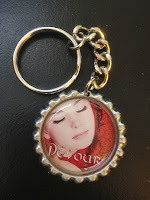 E-copy of Devour and amazing handmade keychain for one commenter - just tell me what do you think about the book, cover, playlist - anything!