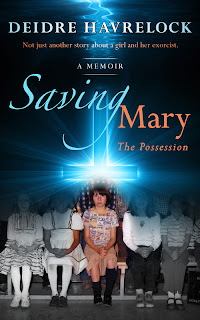 If you’re a fan of supernatural fiction then you will be captivated by this true story about a spiritually sensitive girl and the path that led to her possession. Part one of a two-part series, Saving Mary is the story of a modern-day Mary Magdalene—the woman from whom Jesus cast out seven demons. Deidre Daily is drawn to anything seemingly spiritual, desperately seeking a spiritual existence. But inside this vibrant girl hides a terrified child who sincerely believes she has married the devil. Through a series of spiritual encounters her fear turns into reality, and she ends up possessed.  Deidre’s fascinating spiritual memoir relays her story from childhood to adolescence: invisible eyes leering at her from the corner of her bedroom, horrible nightmares tormenting her, and her desperate attempt to find God—only to end up possessed. It is a candid account of possession from a first-person perspective. This dark memoir brings to light an intricate world of deceitful spirits hell-bent on manipulating and damaging an innocent girl’s life, not only through her dreams, but also through seemingly every-day encounters.  Travel with Deidre into the mysterious world of spirits, ghosts and demons. Awaken yourself to a world that isn’t supposed to exist; a world that’s as intriguing as it is sinister. And then emerge as a new person—invigorated, aware and intent on living in the light. Saving Mary; Not just another story about a girl and her exorcist.
Watch for book two, Saving Mary: The Deliverance. 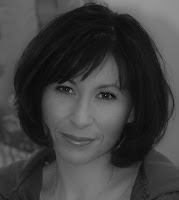 Deidre D Havrelock grew up in Edmonton, Alberta, Canada where she eventually met her husband to be, DJ. It was DJ who initially noticed Deidre’s dark state and worked to seek out someone willing to perform her exorcism. Eventually, the newlyweds found their way to the southern hot spot of Brooks, AB where Deidre began writing. From there the family trekked across eastern Canada to Moncton, NB where they learned to love French fries with cheese curds and gravy. Currently nestled in the hills of Kennewick, Washington, Deidre has two horses, one dog, three cats and too many rabbits…and let’s not forget her wonderful husband and three energetic daughters. Her memoir, Saving Mary: The Possession chronicles her dark childhood and the path that led to her demonic possession. She is currently working to finish book two of her spiritual memoir, Saving Mary: The Deliverance. You can find her at - http://deidrehavrelock.wordpress.com/

Writing to me is … what I was created to do.

A DAY IN THE LIFE OF AN ASPIRING WRITER


When I look back on my life, to the first book I wrote in grade three: The Bloody Dagger, the story of a man who hides in the shadows, intermittingly chopping people up with a long, sharp dagger, I see how I was made to be a writer. Later, in tenth grade, my English teacher pulled me aside and told me I should be a writer because I had a strong imagination—but I didn’t take anything she said seriously. So when she sent me to a writing retreat, I skipped it in order to go shopping for neon t-shirts and those 80s’ hair scrunchies. After my exorcism (which was in 1992), I immediately wanted to be a writer. I became consumed with the idea. We lived outside of town at the time, and I had recently gone back to college so I could learn how to write a sentence. I remember driving down the twisting, gravel back roads heading to school one day thinking, This is it…this is what I’m meant to do! When I wrote my first chapter for what’s now called Saving Mary: The Possession (the story of how I went and got myself possessed while channeling spirits) and showed it to my husband, he was concerned because it was rather dark. I’m a Christian and so sometimes people automatically think I’m going to write lovely, happy thoughts. But really, life isn’t always lovely or happy.

Why do I like writing? I like being alone with my thoughts. I like the creativity of finding a new metaphor or description. I like how it’s difficult…so very difficult to get the words right! I like how it takes mounds of figuring in order to get a book organized. Most of all, I like to encourage people to think about things that they may not want to think about…such as “Hey, we live in deep darkness, how do you intend to survive it?” When you read my book Saving Mary I don’t just want to entertain you, I want to help you learn about life…especially the spiritual life.


What do you think?
xoxo, disincentive
Posted by Disincentive at 6:00 AM