Gabriella is a witch. The problem is, she doesn’t remember. She repressed the memories of her powers years ago when her mother was murdered. Now, the warlock who was responsible for her mother’s death has set his sights on Gabriella. He is determined to use her fear to turn her to the dark side of magick…even if it kills her. Her mother’s spirit is reaching out to warn her, but even that she pushes away. Desperate to save her daughter, the spirit finds another witch--one that just happens to be in love with Gabriella. Darron is more than willing to help but the two young witches will have way more to battle than just an evil warlock. There are overbearing jocks and petty rich girls who get tempers flaring and often set Gabrielle and Darron at odds. There is more to the story than Gabrielle and Darron could even imagine. There are terrible secrets to be revealed, battles to be waged, and lives will be lost. Only after Gabrielle and Darron both come to terms with who they really are, and open themselves up to the true meaning of magick, can they have any hope of fulfilling their destiny.


I have written this review like, 3 times already. First one on my phone, then it broke down and I wrote it once again… And my phone broke for the second time. Hi, I’m the lucky one. So here’s the third review – that’s why it took me so long.


I haven’t fangirled over a book so much since I read Harry Potter for the first time. Writing a review for this one is just hard as there WASN’T A SINGLE THING I didn’t like.  No cons, only pros. 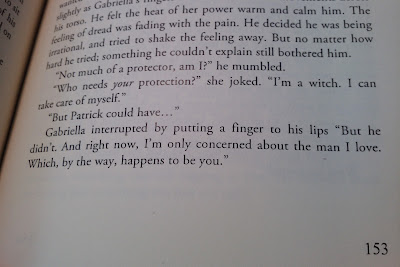 Let’s start with an amazing writing style – this one has it. It makes you blend into Destiny. It’s not so-sophisticated-that-you-need-to-read-it-with-dictionary. It’s simple but somehow beautiful. Dialogues are natural and witty. I marked my favorite quotes and I’ll show you a few of them.


Characters are simply loveable and real. Nothing more to say. 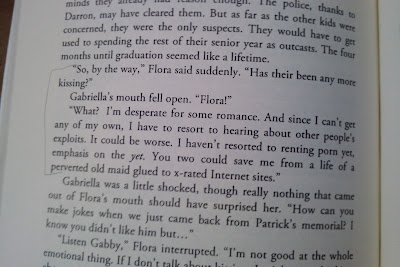 Laura handles a lot of topics… Easily. Want a list? Homosexuality, alcoholism, rape, sex (everything PG), murder, cancer, orphans, religion, friendship… So many topics and everything was developed and described perfectly.
I’m a Christian and this book is full of wiccan magic, but I wasn’t bothered at all. There is a part about Gabby’s Christian friend dealing with her magick, too.


I have one big problem with YA books – they seem too predictable for me usually. Plain. Simple. Name it how you want.  Not this one. The plot has a lot of twists which keeps you concerned until LAST WORDS ON THE LAST PAGE. Literally. 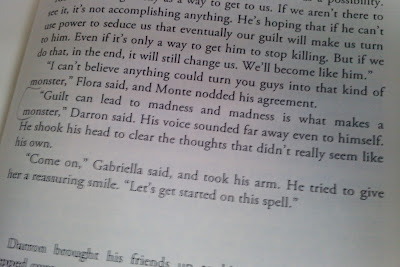 This is one of my favorite books ever. Now, I suggest you spend a funny amount of money, 0.99$ on Destiny ebook. Yes, 0.99$ on PURE AWESOMNESS. You won’t regret it.

Now, leave me a comment telling you bought it. I know you want to do it :P
xoxo, disincentive

Posted by Disincentive at 8:57 PM

Email ThisBlogThis!Share to TwitterShare to FacebookShare to Pinterest
Labels: 5, book